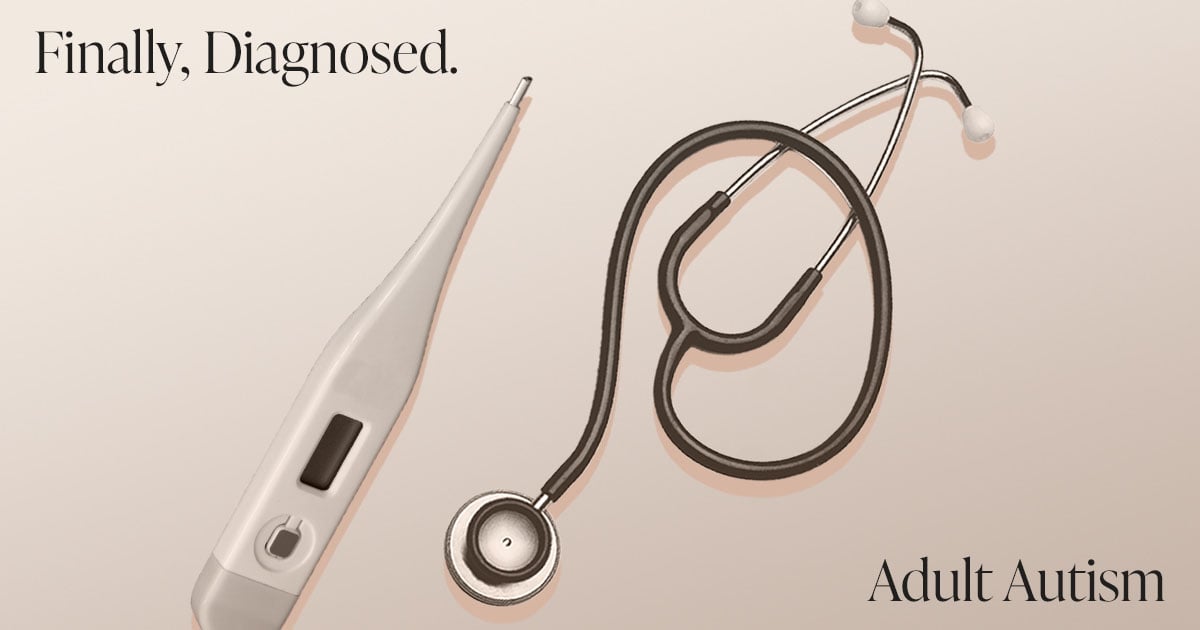 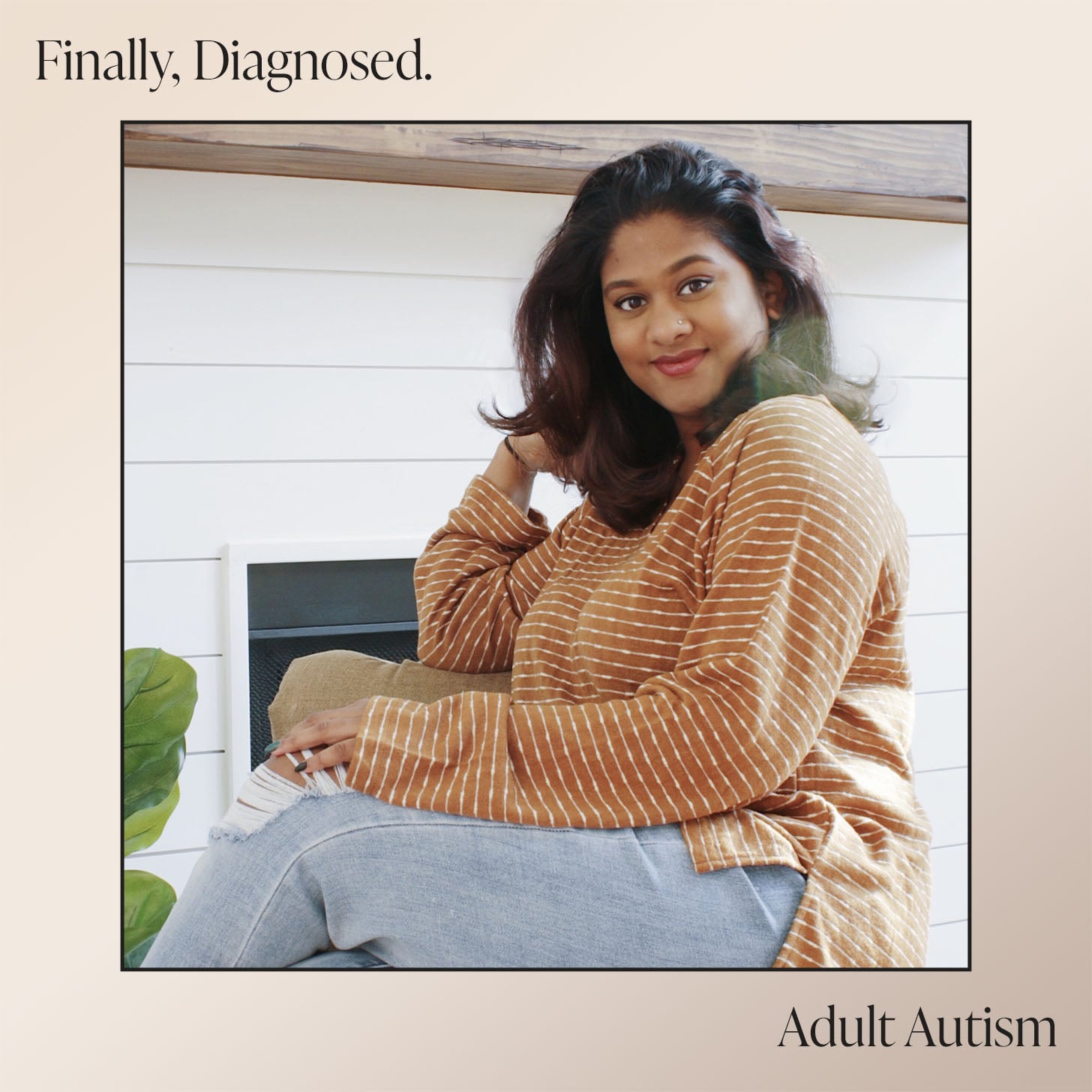 “Growing up, I was always praised as being the ‘gifted child,'” Shifra David says. She excelled in class, never had any problems learning, and got good grades. Her brother had been diagnosed as being on the autism spectrum in early childhood, but he had intellectual challenges. Since Shifra didn’t, her parents never suspected that she, too, might be neurodivergent, she says.

But Shifra knew something was different about themself, especially when it came to socializing. “I felt like I had missed that day of school,” they say — like somehow everyone knew the rules of engagement for friendship except them. They had trouble reading social cues, didn’t understand cliques, and found it very difficult to maintain a consistent group of friends. From the outside looking in, they appeared to be a social chameleon, a transient member of various social groups — but in reality, Shifra felt disconnected from their peers. This became more apparent for them in high school. “I would try to be overcompensating to fit in. And that took a really big toll on my mental health,” Shifra says.

In college, she started seeing a therapist and received her first diagnosis.

“Originally, [the therapist was] like, yeah, [you have] depression and anxiety,” Shifra remembers. She had no reason to question that diagnosis — until she started taking classes in her major, speech therapy with a focus in childhood developmental disorder. As Shifra began learning about the diagnostic criteria for ADHD and autism spectrum disorders, “I was like, ‘Oh, wait, hold on. I do that.”

But the idea that they could have autism felt too overwhelming to bring up to their therapist, so Shifra decided to “just focus on the ADHD” and put off looking any further into autism. That worked for a while. But eventually, they could tell they were experiencing symptoms that their ADHD treatments weren’t addressing — and the symptoms were disrupting their life enough that they knew they needed more support. That’s when Shifra started talking to their care providers about autism and voiced their belief that they might be on the spectrum.

Unfortunately, that monumental step didn’t yield immediate results. “It was a big push to get taken seriously by practitioners,” she says — in large part, Shifra believes, because she doesn’t present in the way most people think about people on the spectrum.

Shifra saw three different therapists before one would actually help them get tested for autism.

The first psychiatrist suspected Shifra had bipolar disorder and suggested mood stabilizers. “I felt like I was taking sugar pills — it wasn’t really doing anything,” they recall. The next therapist quickly dismissed autism as a possibility, telling Shifra “you make really good eye contact” and “you seem to have been getting along just fine.” Shifra says they remember thinking, “that’s not the point.” (Not all people with autism present the same way, and stereotypes about what autism is supposed to look like are a major reason people go undiagnosed.) Shifra was well aware from their own studies and college classes that autism comes in many forms, which made them all the more determined to advocate for their own diagnosis.

When she went to the third therapist, Shifra was determined to get tested: she brought along a binder that detailed her educational background and provided research and anecdotal experiences. “Please take me seriously,” Shifra told the provider. And for the first time in a long time, she felt heard.

Their therapist scheduled the testing, which brought its own set of hurdles: the psychologist doing the testing didn’t have an appointment for four months. But the tests Shifra needed were expensive, even with insurance coverage, and if they couldn’t get them done before the end of the year, their insurance deductible would reset, leaving them with a higher bill. It took some scrambling, but ultimately, they wound up getting their testing done on New Year’s Eve 2021.

After 10 hours of testing, she was finally diagnosed as being on the autism spectrum.

“They did three tests. They did my ADHD testing, they did my autism assessment, and then they also did a general, comprehensive psychiatric panel,” she says. The tests totaled to $1,000 postdeductible, Shifra says — a cost she says was well worth it.

Hearing the diagnosis confirmed by professionals validated what they’d been thinking for years. Shifra says they felt relieved, like they could “finally answer to this part of my life that has always been confusing or frustrating to me.” But they also, unexpectedly, felt sad, largely about the fact that it had taken so long for someone else to realize they were not OK. “People around me, teachers, parents, whoever, never saw me truly enough to know that ‘hey, there’s a struggle here.'”

Having an official diagnosis has helped Shifra better support themself.

Many of the changes Shifra describes making after receiving her official diagnosis could be perceived as small — but the fact is, she’s significantly changed her quality of life, which was only possible because her diagnosis gave her a better understanding of herself and how to best support her needs.

For example, Shifra says the diagnosis has given them more context to help them understand why they feel or behave certain ways in situations, which has been useful to bring to therapy. They’ve also found that having an official diagnosis has helped them feel more comfortable and fulfilled socially. Knowing their diagnosis was valid has allowed Shifra to embrace the fact that for them, having a smaller circle of close friends is OK, for instance. They’ve learned to focus on quality versus quantity.

Another way the diagnosis helped Shifra was regarding self-care, which had previously been a struggle. “From the time I was a kid, brushing my teeth was super hard for me because toothpaste was too spicy. And an electric toothbrush makes too much noise and is a very weird sensory experience for me,” Shifra says. “And now I bought mild toothpaste and a really quiet electric toothbrush.” She also began using noise-canceling earplugs and sunglasses to control her sensory experience in overstimulating environments, like the grocery store.

“Even something as small as finding a sunscreen that didn’t aggravate my sensory feelings” has made a huge difference, Shifra says. “It was all very small things that I never realized would make such a big impact in my day to day,” they add, that made all the advocating worth it. Having an official diagnosis served as a sort of green light or permission slip for Shifra to make these small but “immensely” helpful accommodations.

“You know yourself the best, and if someone is pushing back on your own knowledge of yourself, find another person,” Shifra says. “Go until someone listens to you.”