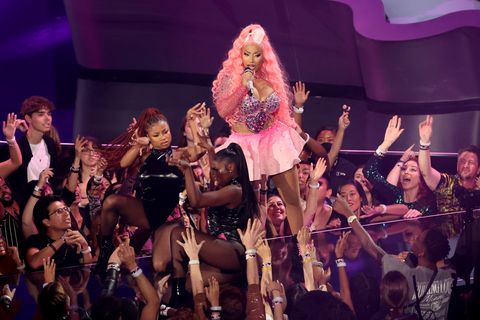 Nicki Minaj has not been to the VMAs for a few years, but the show she just gave us just made up for all the lost time. The rapper gave big Barbie tingz energy and was draped in all pink everything—from her hair to her shoelaces—to start the show, and then quite literally had holograms of pink panthers show up later.

The iconic rapper took us down memory lane too, delivering portions of “Beez in the Trap,” “Moment 4 Lyfe,” “Super Bass” and that “Monster” verse.

Taylor Swift was so impressed in the end, she encouraged everyone around her to join her in giving Nicki a standing ovation.

It’s only right that Nicki put on a stellar performance like this since she is this year’s recipient of the 2022 Michael Jackson Video Vanguard Award, which is a huge honor. Madonna, Janet Jackson, Jennifer Lopez, and Missy Elliott were all previous awardees, as well as David Bowie and The Beatles.

On top of that renowned award she’s set to take home, Nicki is also nominated for her single “Do We Have a Problem?” in the Best Hip Hop category. She’s also one of the night’s three hosts, alongside Jack Harlow and LL Cool J.

It’s hard to believe that Nicki has been a staple at the VMAs for 12 years now—she attended and performed at her first VMAs in 2010, and received her very first Moon Person in 2011 for “Super Bass.” Her fashion has really evolved since then. Here she is, in 2011: 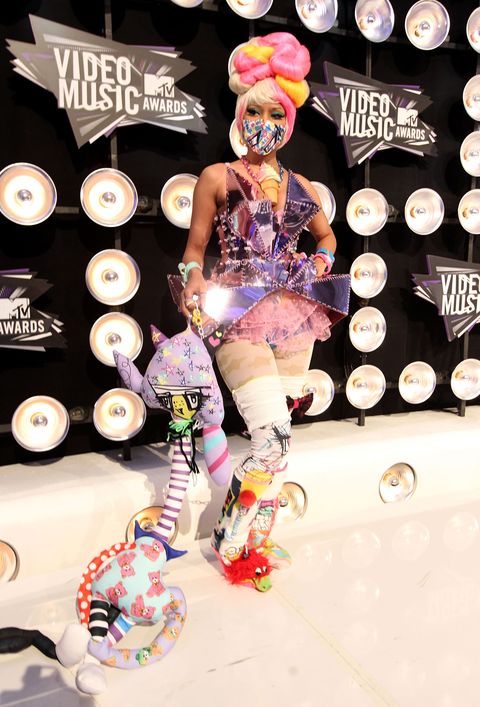 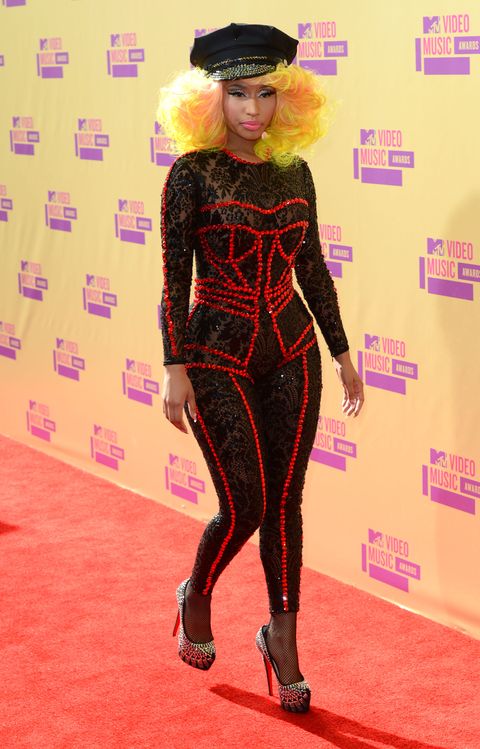 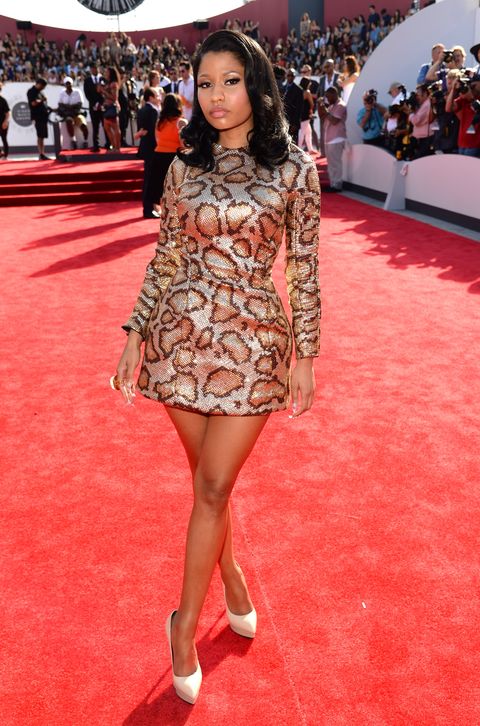 This year is Nicki’s first time back at the annual award show since 2019. Last year, the rapper was slated to perform, but suddenly pulled out last minute and said she’d provide an answer “another day.” In response to a fan’s tweet that asked, “Are you performing at the VMAs ??????,” Nicki responded: “I just pulled out. I’ll explain why another day. But I love those guys at MTV. Thank you Bruce (Gilmer). I love you so much. Next year we there baby.”

Christen is the associate news editor at Cosmopolitan, where she covers all things around pop culture, celebrity, and things happening in the world. Previously, she was a features reporter at the Chicago Tribune where she specialized in lifestyle and culture topics like health, dating and relationships, parenting, home, race and more.