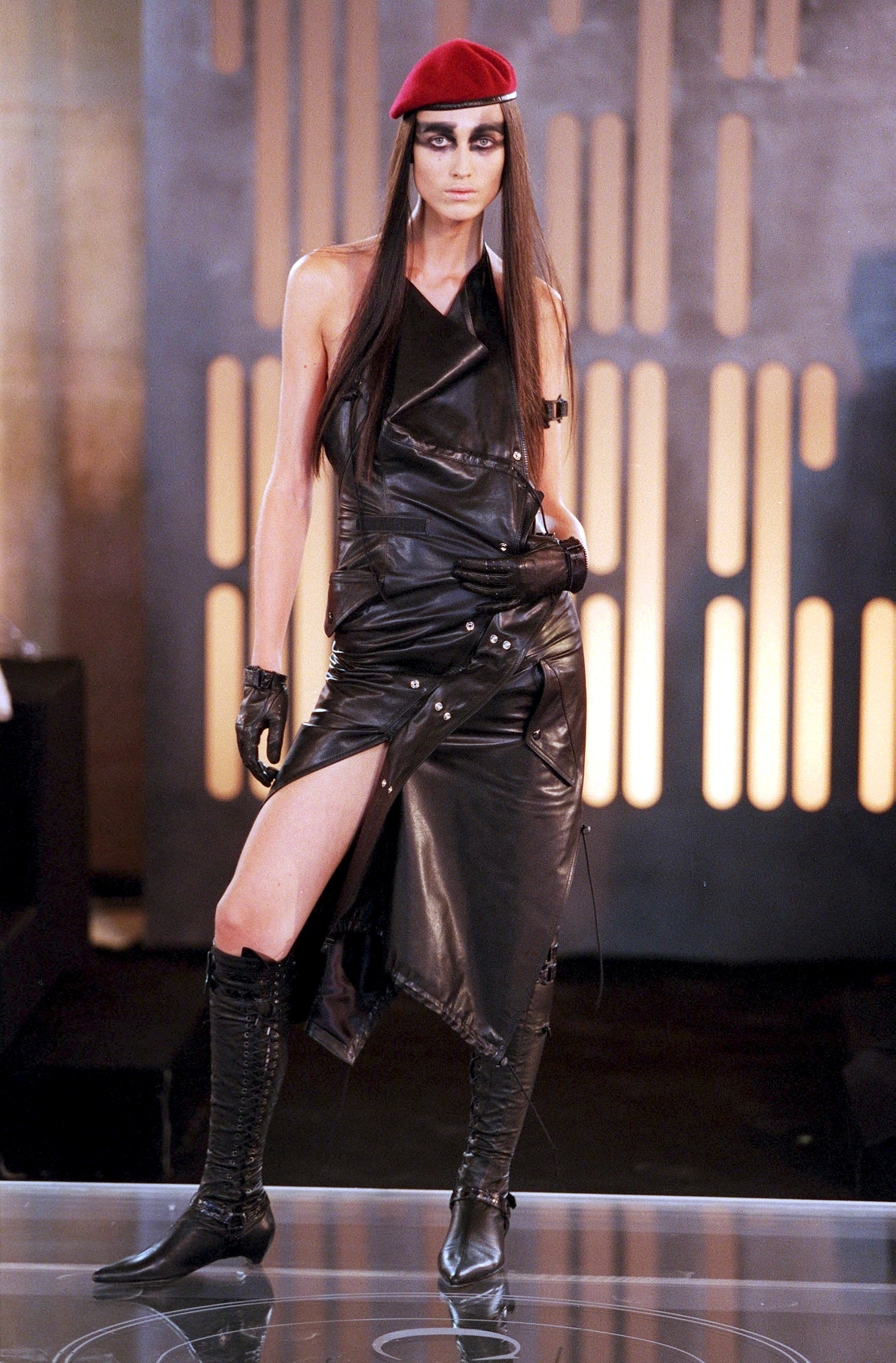 The Matrix is a fashion film, actually.

Since its release in 1999, the dystopian series has had viewers hooked. The sci-fi film — set in a world where humans are unknowingly trapped inside a simulated reality constructed by AI-powered machines — centered protagonist Neo (Canadian actor Keanu Reeves) as he fought alongside a team of rebels to free humanity. Aside from captivating surreal action scenes, the film’s characters had an impeccable style that inspired a timeless fashion aesthetic.

Costume designer Kym Barrett created a signature wardrobe that encapsulated the movie’s boundary-pushing ideas, by dressing characters in sleek ’90s cyberpunk uniforms. Over the course of the series’ three installments, The Matrix took hold of the fashion world. And with its newest iteration, The Matrix Resurrections, we’re sensing a comeback.

The saga’s anticipated fourth movie, which premiers in theatres on December 22, will reenlist Reeves and his co-star Carrie-Anne Moss, who plays Trinity, the series’ female lead. It will also feature high-profile additions to the cast, like Priyanka Chopra and Neil Patrick Harris. The film’s official posters were released on November 22, showcasing characters in classic and reimagined Matrix attire.

The Matrix’s iconic costumes embodied a futuristic sleek look that has continued to live on in mainstream consciousness. The films’ aesthetic is comprised of long leather trench coats, combat boots, slicked back hair and tiny sunglasses. Just months after The Matrix hit theatres, its impact manifested on the runway. For Dior’s Fall 1999 show, creative director John Galliano dressed models in leather-heavy ensembles he said were “deeply inspired by The Matrix.”

Over the years, the highly coveted style aesthetic has continued to influence designers. In 2019, Balenciaga paid homage to The Matrix with an action-packed campaign video loosely based on the film’s plot — highlighting the brand’s own tiny sunglasses and all-black leather garments. With futuristic visuals that clearly channeled the series, the short film was an ode to its groundbreaking plot and trendsetting fashion.

The Matrix aesthetic also remains a street style staple for celebs — namely Bella Hadid, who is known to step out in blacked-out Matrix attire as part of her autumn/winter dress code. Though built with simple pieces, the finished look is put together and chic. Today, The Matrix inspires Halloween costumes and daily outfit recreations perhaps more than ever, since its dystopian themes of an ultra-plugged-in world seem to resonate with viewers.

If posters for the upcoming film are any indication, The Matrix Resurrections will be filled with the classic wardrobe that made waves in the fashion world. It also seems to promise reimagined colour palettes and styles — like Chopra’s blue and red look on the poster, a nods to the film’s famously colourful pills.

Thanks to the upcoming series resurrection, fashion falls further into The Matrix. And the timing couldn’t be more appropriate.