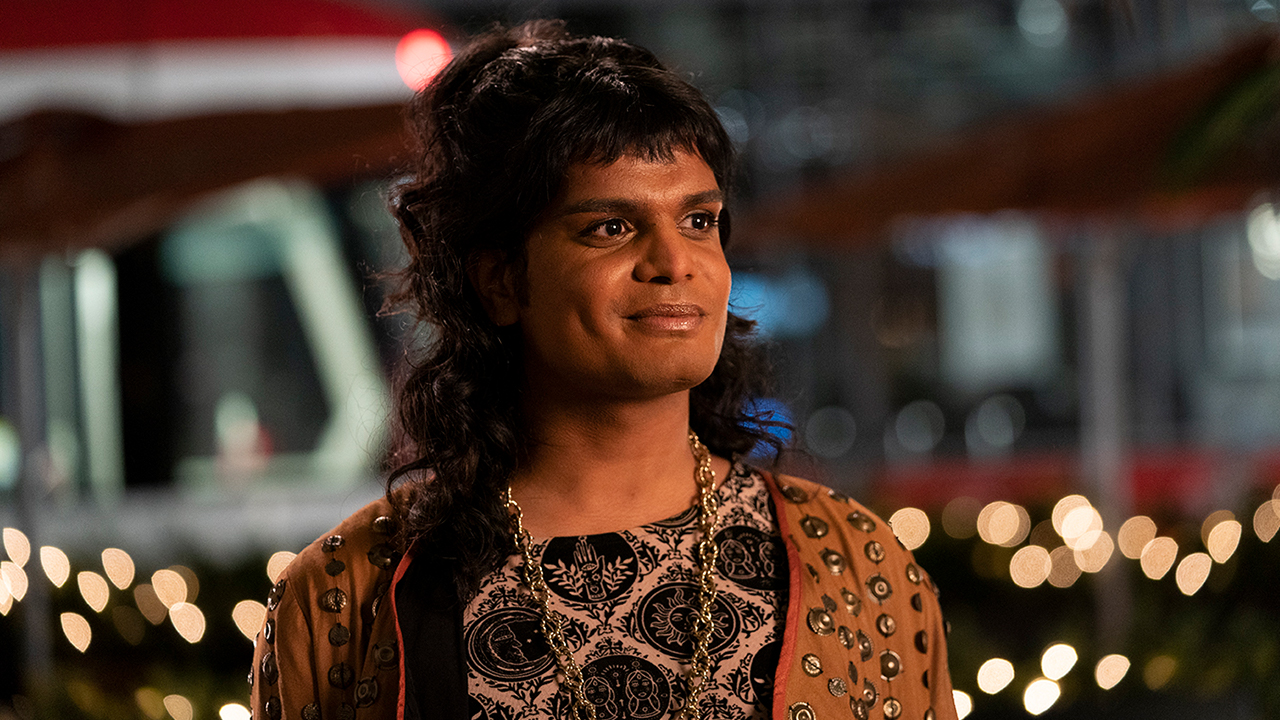 Photography By Keri Anderson/Courtesy of CBC

Growing up in Mississauga, Sort Of co-creator and star Bilal Baig always had one weapon they could wield against their bullies: their sense of humour. “I discovered in middle school that I could make people laugh, and that helped them to stop laughing at me, and, rather, laugh at the thing I was impersonating or trying to poke fun at,” they say. “That was powerful in terms of trying to survive middle school, which can be a very difficult place to survive.”

Performing may not have come easily, but the writing always flowed. They were 23 when their first play, Acha Bacha, premiered in 2018, which Baig describes as “a beautiful love letter to queer and trans brown folk.” Soon after, Baig met Queer As Folk alumnus Fab Filippo while working on a play together. The two bandied about the idea of collaborating: what about a TV show centred on a gender-fluid South Asian character? Before diving in, Baig asked Filippo: “Why you? Why should I do this with you?” They were disappointed by the transphobic, racist micro-aggressions rife in theatre and was determined to ensure that Filippo, a cis-het white man, was the right collaborator and someone who wasn’t going to let them down further. “I needed to know where his heart was going to live in the storytelling and what vulnerabilities he was bringing so that I’m not the only one pouring everything out,” they remember. It turned out that Filippo was going through a transition of his own as he navigated the end of his 15-year marriage.

“That led us to really look into the characters as they moved through transition, and even though those transitions were quite different, it was an exciting thing,” Baig says. “If we start to apply that word transition to every person, it becomes less of a scary word. It’s not a bad word. It’s a beautiful word.”

Together, the pair created Sort Of, a CBC and HBO Max original series debuting in Canada beginning October 5 on CBC Gem (CBC’s streaming service) that focuses on Sabi Mehboob, a reserved, stylish nanny-slash-bartender juggling cheating boyfriends, problematic bosses, concerned Pakistani parents, and a potential move to Berlin—all delivered with the same deadpan humour that saved Baig in the schoolyard. The show revels in the everyday lives of Sabi and friends, a real pleasure in a media landscape filled with trans and BIPOC trauma.

“It’s not their brownness that keeps them up at night or their transness. It’s: are the kids good? Is the bar I work at going to make it to next month? Am I being good to my friends?” Baig says. “[That’s] the spirit of the show. Who are we, actually?”

The bits are brought beautifully to life by a cast stacked with trans, queer and non-binary performers. Whether it’s Sabi crashing into a fence door after an awkward break-up or their bestie condemning their ex’s “stupid cis-normie boners” and reflecting on “how small-minded we were in high school, like GO-Training to the Eaton Centre was expanding our horizons?”—the humour is lived-in, warm, real, both refreshingly local and universal. Give Baig the Emmy already for their delivery of the post-break-up line: “I’m gonna steal the baby they’re hoping will give them purpose and sell it on the black market.”

“We rarely get to see trans and non-binary people being funny, being themselves, not the butt of a joke,” Baig says.

Sort Of will air on HBO Max in the United States and has been picked up internationally as well; it’ll grace screens in the UK, Australia, and France, along with Denmark, Norway, Sweden, Finland, Iceland, Poland and the Baltics. The series will also broadcast on CBC TV beginning November 9 at 9 p.m. (9:30 NT).

Filippo hopes this show can help spark real change. “Everything’s shifting and changing. The instinct for some is to harden” he says. “I hope that this show might soften people a little.” Baig is keen to continue Sabi’s story in a second season, but, even if they don’t score a renewal, producing this work has been full of wonderment.

“What I really wanted was to be in service of a story that was going to be told truthfully and capture experiences that [are] familiar [to me], but I feel like the media hasn’t made the space for it yet,” Baig says. They smile. “So that feels noble enough to latch onto.”

This Simple Question From a Therapist Changed How I View Communication With Others Big Time
Here’s How My Unmanageable IBS as a Teen Led to My First Colonoscopy as an Adult
A Timeline of the Real-Life Events From Hulu’s Dopesick
HBO’s We’re Here S2: Shangela, Eureka and Bob Came to Slay
Like My Nails? Thanks, They’re Press Ons