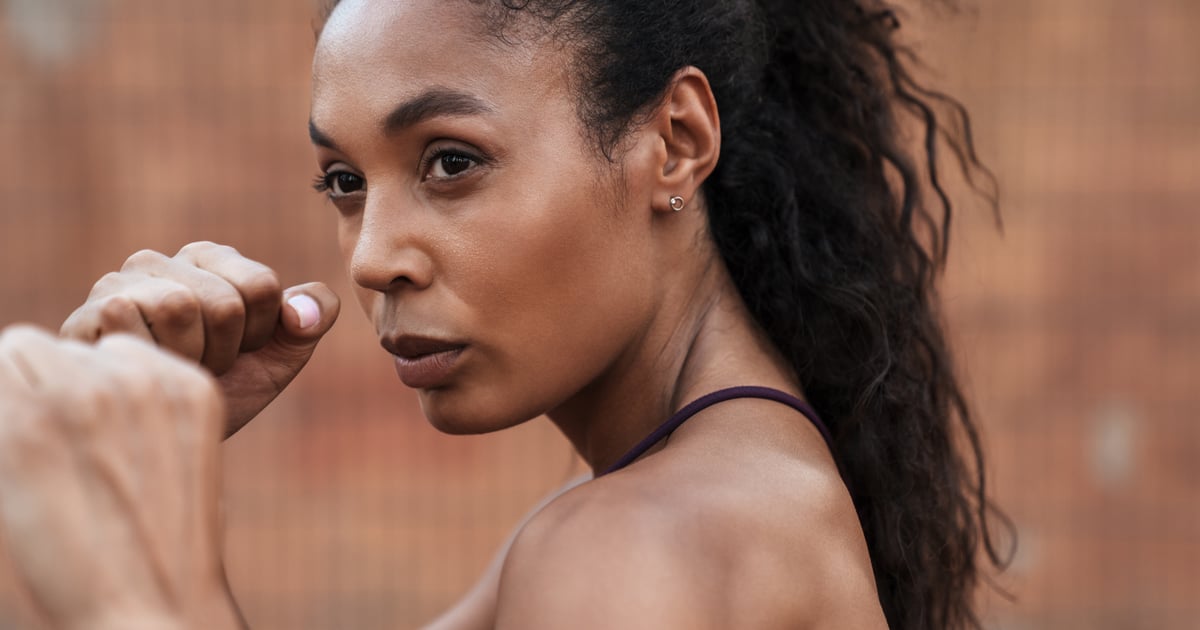 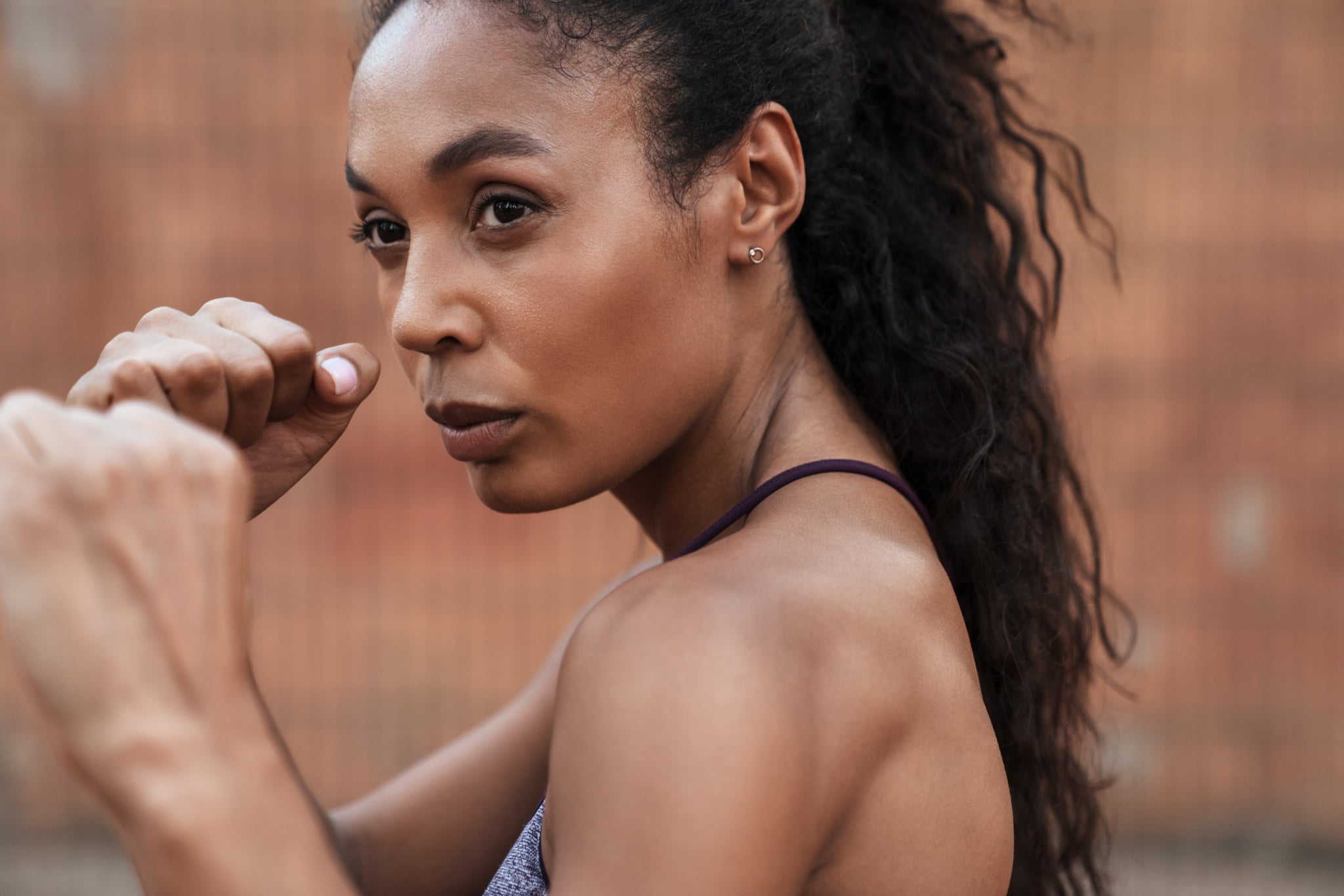 In case you’re like me and are a little tired of streaming the same old workout classes day in and out, look no further. I decided to diversify my workouts, lace up my UA Project Rock 2 Training Shoes ($140), and try a total shoulder-and-back workout straight from a sport I’ve never even attempted until now: boxing.

“Boxing is a total body workout. By even just shadowboxing, you are working your upper body, core, legs, and cardiovascular system,” explained ACE-Certified Trainer at TITLE Boxing Club-Lincoln Park in Chicago Courtney Belcastro. “Additionally, boxing can be looked at as a type of HIIT training, allowing you to maximize that metabolic calorie burn that helps you torch fat and build a strong cardiovascular system.” What’s more, it’s rather low-impact, making it a great option for at-home workouts.

Total boxing newbie like me? No problem. Belcastro shared some quick tips for getting started.

Just remember: everything in boxing starts from the ground up. This means your knees should be bent, and your hips should move every time your hands move to throw a punch, said Belcastro. “This will help you use your whole body to pack some power in each punch and get the most out of the workout.”

“Your hands are important, as they are delivering the punches!” said Belcastro. She explained it’s crucial to keep your hands up in between your cheekbones and chin, with your elbows next to your ribcage as if you’re “protecting your face.”

No matter whether you’re a leftie or a righty, the front foot of your stance aligns with your lead hand, which will be the hand that throws the jab, lead hook, and lead uppercut. The back foot of your stance, should be your dominant or rear hand, which will throw the cross, rear hook, and rear uppercut, added Belcastro. (More on the vocab ahead!) Right-handed boxers’ lead hand is their left, while their rear hand is their right.

Boxing also makes use of the defensive roll. “You can roll two directions: to your right, or to your left,” said Belcastro. “On the roll, think about bending your knees and making a ‘U’ shape with your head in the direction you are trying to go.” Think of it as if you are trying to duck under a wire to get to the other side, she added.

Pro tip: If you see a defensive roll in the middle of a boxing combination, you roll in the direction of your next punch, said Belcastro. For example: If a cross is coming after a roll and you are in an orthodox stance, you should be rolling to the right to set up that cross.

The workout: 3 three-minute rounds with a 30-second active rest in between rounds

Optional challenge: If you have them, use one- to three- pound dumbbells while punching to add some additional resistance and upper body burn.

Round 1: Basic combinations (perform each for 30 seconds to total three minutes)

Round 2: Combinations and defense (perform each for 30 seconds to total three minutes)

Round 3: Burnout round (as many rounds as possible for three minutes)

You Can Buy Gwyneth Paltrow’s The Royal Tenenbaums’s Dress + More Fashion News
This Indoor Smart Garden Became a Part of My Self-Care Practice
Meghan Markle’s Favorite DeMellier Handbag Is on Sale for Black Friday
Are You Canada’s Most Stylish Thrifter?
The Kardashians Went All Out On Thanksgiving With Royal Portraits Of Themselves