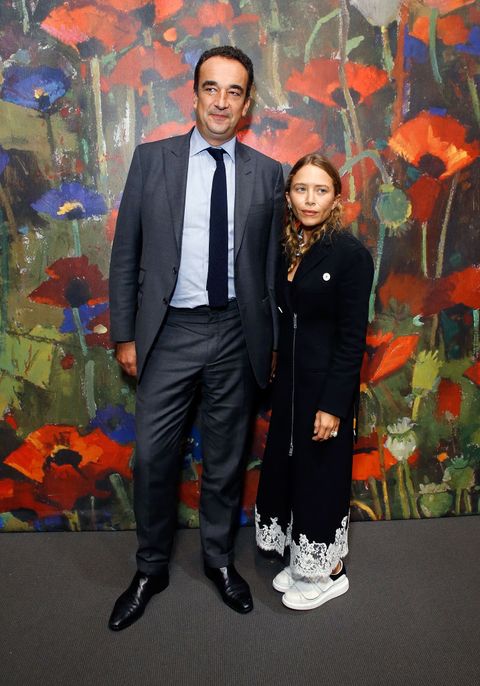 Earlier this month, Olsen filed “emergency” divorce proceedings from her husband of four years, but it was denied. Sources told the New York Post that Olsen was trying to rush filing the papers because Sarkozy ended the lease on their Gramercy Park apartment, which cost $29,000 a month. She was reportedly worried about being displaced from her home during a global pandemic.

“My husband expects me to move out of our home on [May 18] in the middle of New York City being on pause due to COVID-19,” she wrote in the filing. A judge ruled that the filing wasn’t an essential matter and would have to wait; Olsen moved to the Hamptons, per Page Six.

The two were married in November, 2015 in New York City. The two are 17 years apart.

“Everyone has an opinion,” Olsen told The Wall Street Journal at the time. “I find it’s better to focus on what’s in front of you and to keep putting one foot in front of the other.”

Hilary Weaver
Hilary Weaver is a freelance writer based in New York who writes about politics, queer issues, Meryl Streep, Glenn Close, and every woman the Queen has ever made a dame.